Design/ Application of Weld Overlay on a Refinery Vessel 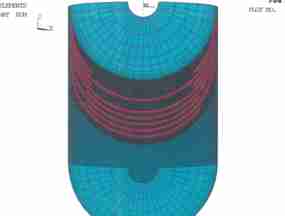 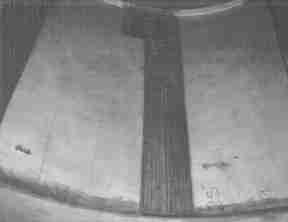 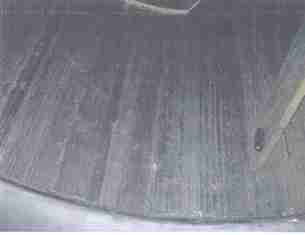 A 9 foot diameter, 60 foot long Stripper Vessel was designed and fabricated to be placed in service at a refinery in the Virgin Islands. Prior to starting service, the client wished to cover the top 20 feet of the shell inner surface with Inconel 625 weld overlay to protect the shell base metal against corrosion. O’Donnell accepted the challenge to design a weld overlay process, proper welding sequence, and apply the overlay while controlling the distortion of vessel. The weld overlay of the vessel required preliminary weld qualifications in accordance with the ASME Code Section IX, Welding and Brazing Qualifications. This dictates the welding of test plates, non-destructive and destructive testing of the test plates, and documentation of all the welding variables and test data. The welding equipment used in the test cases and in the actual overlay was a very sophisticated Pulse Spray Gas Metal Arc system which is capable of of capturing a specific welding electronic wave form, storing it in unique welding schedules.

Temperature measurements were taken on the back side of the test plates for use in a FEA distortion analysis. The measurements were also used for the design of a water cooling system. Bead overlap, weld travel speeds, interpass temperature, and other essential welding variables were adjusted and documented during the test welding, and subsequently incorporated into the final Welding Procedure Specification.

Generally there is less concern regarding vessel distortion when weld overlay is applied on the inner surface of a relatively thick shell. However, as it is in this case, the shell thickness of 5/8” is relatively thin in comparison with the thickness of the weld overlay of 0.17” to 0.20”. Also, the weld metal, Inconel 625, is much stronger and has higher yield strength than the base metal, SA516Gr. 70. OCE used finite element analysis to design the overlay process with proper welding sequence while controlling the distortion of the vessel.

(ANSYS) Finite element models were created to simulate the weld overlay process and to obtain the most effective welding sequence for limiting the permanent vessel distortion using simulations of alternative welding sequences. A three-dimensional model of the entire vessel, including heads, shell, and trays was constructed. 3-D solid elements were used to simulate the vessel. Temperature dependent material properties were used in the analyses. The heads and shell were Carbon Steel and trays were Stainless Steel. The properties of all materials involved were obtained from the ASME Code Section II, Part D.